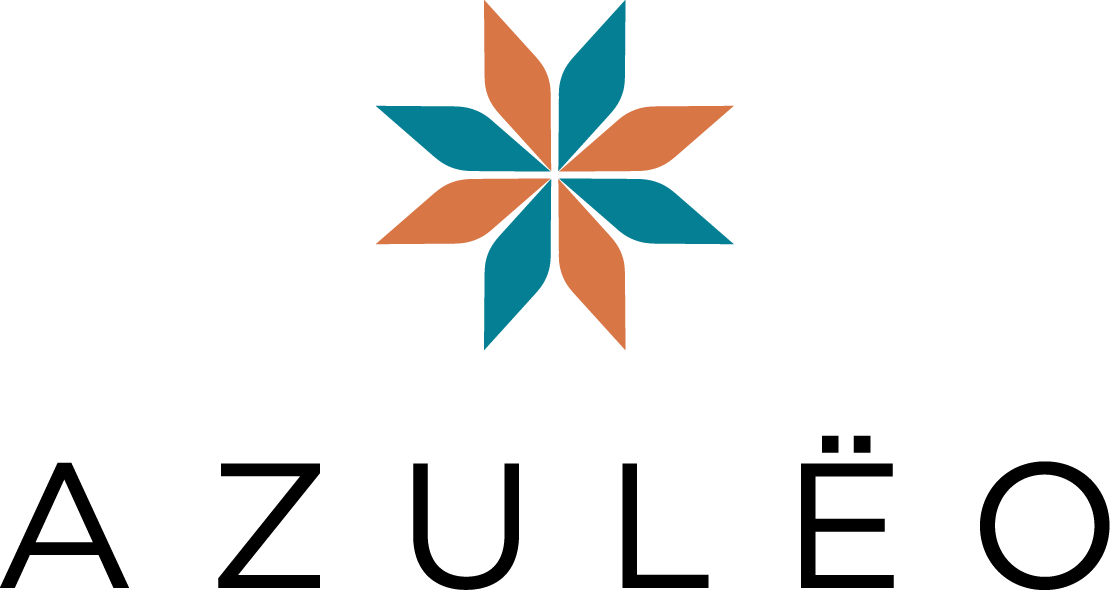 Rich turmeric. Fiery cayenne. Bold cinnamon. Bright coriander. When you dine at Azulëo, we transport you to a world of flavor that blends the most exciting fragrances of the Old World with the fresh bounty of the New.

Azulëo offers travelers a taste of authentic Costa Rica with plenty of ingredients sourced from our very own organic permaculture gardens mixed with the vibrant flavors and communal shared-plate style of North African cuisine.

Our name was inspired by the Spanish word azulejo, which is a type of ceramic tile common in Costa Rica that has its origins in the Moroccan design aesthetic that inspired architectural masterpieces such as the Alhambra in Granada, Spain. The Moorish traditions of Spain made their way to Costa Rica with the arrival of the conquistadors whose journeys were funded by wealth from the Arabian spice trade. The blending of this North African-influenced Spanish culture with the local traditions of Costa Rica’s indigenous inhabitants and the abundance of the fertile Costa Rican soil gave rise to the Tico cuisine.

Costa Rica’s tastiest dishes are often kept hidden in mountain villages and grandmother’s kitchens and rarely make their way into restaurants for visitors to try. With Azulëo, we dig up some of those hidden gems by transporting them back in time and with an infusion of Moroccan flavors, and present them in an entirely new and exciting way. Ideally, through shared plates at family-style tables. Feel free to eat with your hands and don’t be afraid to dip your bread! 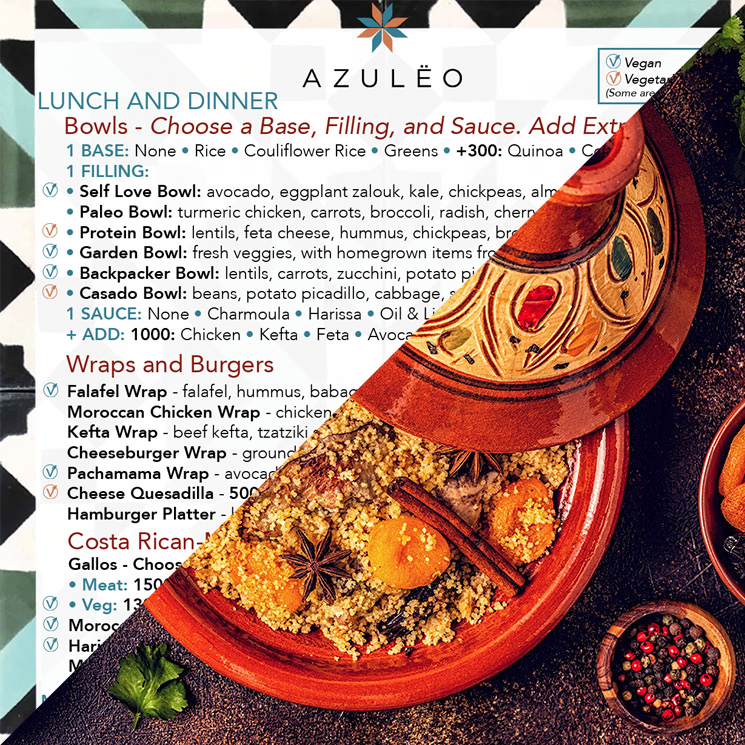 A hearty stack of American pancakes with bananas and almonds. (G-N)

Bread made right here in Quepos, toasted, with butter. ( VL-G)

Moroccan meatballs in a gravy with eggs, bread to dip.

Voted the B est Wing Sauce in Manuel Antonio in 2019! Moroccan harissa, not too spicy, tons of flavor. (Substitute Crispy Cauliflower for $8) (VL-G)

Voted the B est Wing Sauce in Manuel Antonio in 2019! Moroccan harissa, not too spicy, tons of flavor. ( Substitute Crispy Cauliflower for $8) (VL-G)

(Add 3 falafel balls for $4) A sampling of our beetroot hummus, eggplant babaganoush and Israeli salad served with pita bread. (V)

Pacific shrimp in a slow cooked sauce of tomatoes, garlic and Moroccan spices.

Chicken with Prunes and Almonds